The Effects of Cannabis on Studying 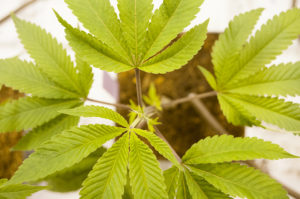 The question of how marijuana usage affects cognitive abilities related to studying and taking tests is the subject of serious debate among academics, law-makers, and recreational users alike. A quick glance through news articles and online popular forums shows competing narratives: some individuals claim they’ve never had a problem using cannabis to prepare for or take a test, others argue that weed has no place in a studying regime. Still others argue that consistent use of marijuana can have long lasting effects on an individual’s memory and ability to organize and concentrate.

Over time, many studies have shown that the use of cannabis does not, in fact, cause any lasting negative effects on cognitive functions like memory and decision making. In a study done at McLean Hospital, a psychiatric facility associated with Harvard, researchers found no major differences in cognitive function between heavy marijuana users and non smokers. The one area where studies have found consistent cannabis use has ore lasting effects in in verbal memory, i.e., the ability to recall words on command. A study published by Jama Internal Medicine showed that one out of two long term cannabis users recalled one word less from a list of memorized words than non smokers. Some studies have also tied marijuana usage to an inhibition in number recall. Still, none of the studies suggested that long term cannabis usage negatively impacted overall cognitive function.

So, while the student in favor of cannabis may not have to fear any major lifelong effects from its use, are there any immediate effects caused by marijuana that could hinder an individual’s ability to absorb and maintain information for an upcoming exam? Studies have varied in their outcomes, and opinions are mixed. For instance, the study done at McLean Hospital found that in the first week, heavy marijuana users scored lower on memory tests than non smokers. These findings seemingly provide a cautionary argument against using marijuana in the studying process. Additional studies have shown that immediately after smoking, marijuana impairs short term working memory, which is used to absorb and retain new information. Marijuana can reduce the speed and accuracy of working memory, thereby hindering one’s ability to filter information and store important details. Generally, immediate cognitive impairment seems to relate to dosage and the tolerance of a specific individual.

At odds with these studies are researchers who say that marijuana, with its energy lifting and calming effects, is a boon to the anxious or distracted student. Marijuana is known to increases dopamine levels, a chemical which is involved in cognitive processes like memory and concentration. People who deal with conditions like ADD and ADHD generally suffer from low levels of dopamine, hindering their ability to concentrate. Thus prescription drugs like Ritalin target the production of dopamine, positively impacting an individual’s ability to focus. Such results have led some to argue for cannabis, a dopamine stimulant, as an alternative method for aiding concentration and productivity. Certain strains of marijuana are even marketed as having energy and attention boosting effects. Additionally, marijuana’s calming effects can help people to sleep through the night, waking up feeling more rested and refreshed for another day of studying or taking exams.

Ultimately, no student need fear that using marijuana will affect their intelligence or cognitive abilities in the long term. In the short term, however, it’s important that individuals get a sense of what their own preferences are, and find the right strains to fit those parameters.

It might be wise to experiment in a low stakes situation, seeing which strains of cannabis help or hinder one’s ability to concentrate and synthesize information in the studying process.