NASEM Recognizes the Need for Fewer Barriers to Cannabis Research 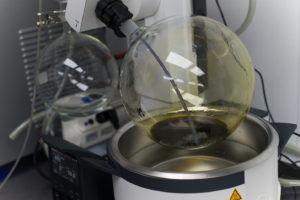 In a January report from the National Academy of Sciences, Engineering, and Medicine (NASEM), the organization of medical and health professionals recommended that barriers to cannabis research should be removed.

The report, entitled, “The Health Effects of Cannabis and Cannabinoids: The Current State of Evidence and Recommendations for Research,” was a comprehensive review of the available scientific research on cannabis since 1999, when the group last published a similar report.

NASEM was formerly known as the Institute of Medicine (IOM), but still functions as a nonprofit group of scientific professionals whose independent reports and reviews have provided important recommendations on medical and research fields.

This year’s report made conclusions not dissimilar from the group’s 1999 remarks which indicated that, “accumulated data indicate a potential therapeutic value for cannabinoid drugs, particularly for symptoms such as pain relief, control of nausea and vomiting, and appetite stimulation.”

This report summarizes the current knowledge surrounding the health impacts of cannabis and cannabis-derived medicines. The review covered research about both the cannabis plant, with all of its various cannabinoid and terpenoid constituents, and the individual components themselves such as THC and CBD.

The report references the large body of evidence indicating that cannabis and cannabinoids can be effective treatments for a number of medical conditions including adverse side effects such as nausea and vomiting from chemotherapy, muscle seizures and spasms, and pain.