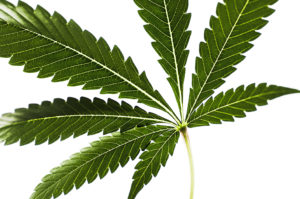 The country is not alone in its forward thinking, as it joins some 20 countries around the world that are exploring new laws and legislation around cannabis. Countries that have already decriminalized cannabis include the Netherlands, Portugal, Costa Rica, the Czech Republic, and Uruguay, which has fully legalized the growth, sale, and use of cannabis.

Many hope the new policy will foster growth in Israel’s medical cannabis industry, which some companies estimate will be worth hundreds of millions of dollars in the next few years.

In Israel, where approximately nine percent of the population is estimated to use cannabis, the move to a new policy signals a shift in authorities’ approach to cannabis use. Under the new legislation, citizens found possessing or using cannabis would no longer face possible arrest or prosecution for their actions. Instead, first time offenders would face a fine of 1,000 shekels (about $250 U.S. dollars).

Money from fines would be used for education about the potential dangers of drug use and for rehabilitation. Second-time offenders would face an increased fine, while a third offense could result in education, rehabilitation, and a suspension of one’s driver’s license. Possible criminal charges would only be brought upon a fourth offense. Under the new policy, growing and selling cannabis will still be counted as a criminal offense.

Israel: A History of Cannabis Research

Israel has a long history as a country at the forefront of research into the properties and uses of cannabis. It was in Israel where Dr. Raphael Mechoulam, one of the great pioneers of cannabis research, first isolated THC from the cannabis plant in 1964. During his long career in the chemistry and pharmacology of cannabinoids, Dr. Mechoulam has proved influential in sectors beyond the laboratory. It was Dr. Mechoulam who convinced Israel’s Ministry of Health to undertake further research into the medical properties of cannabis through a medical cannabis program.

Currently, some 25,000 Israelis are licensed to use cannabis for medical purposes. It is the first country to undertake a formal clinical trial of medical cannabis with autistic children and adults. Israel is also home to medical cannabis companies like Tikun Olam, which has funded research into cannabis’s possible utility for children with cancer and people who suffer from Crohn’s disease. Due to its open minded approach to cannabis research, companies in the U.S. have used Israel as a haven for research and development of cannabis products.

While the new decriminalization policy is a continuance of the country’s forward thinking, it will still take months before the law can come into effect. An inter-ministerial committee will have to draft new legislation around the policy, and Israel’s parliament, the Knesset, must then validate the legislation. That said, the new policy has already found support from politicians on both right and left, signaling that Israel is ready to take the next step in its history as a leading contributor to the world’s understanding of and approach towards cannabis.